Musings on all things Startups and VC 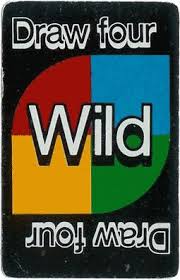 Here is the final group, Group D, the rest of the rest.  This group is the wildcard group with entrants coming from all different areas and valuation methodologies.  It will be interesting to see how they match up against each other with their contrasting styles and formations.

Explanation and Use Case
The ownership % method is purely a math formula applied to the amount investors will own after a round has been raised.  This can be very common for early stage deals and the prevailing wisdom is that A round investors get about 30% of a company.  The idea behind this method is less about the company performance and more about the investor’s expected return and what ownership percentage is required to obtain that.

Pros and Cons
Ownership % main benefit is simplicity.  There are neither metrics (LCV, MAU) nor elaborate spreadsheets (DCF), there is simply a formula for pre money + investment = post money and whatever the investment % of the post money amount is the ownership.  Ownership % can be equated to differing formations on the pitch.  While any given team may have a 4-4-2 or a 4-2-3-1, they will always have 11 (10 + goalie) on the pitch to start the game.  It is simply a combination (formula) of where the players will line up.  The downfall of Ownership % is also its simplicity.  It doesn’t factor in any real relevant business metrics in the formula.

Example
CrashPad, an Airbnb competitor is raising its Series A round of funding of $2M.  Their investors have a requirement of 25% ownership of any company they invest in at A round.  Total Value: $8M

Explanation and Use Case
A lot of pundits have been questioning some of the prices of some of the mega acquisitions of recent (WhatsApp) and how the purchasing companies can justify the value.  The acquisition value (attach rate) method can be a great way to logically justify these prices.  This method takes into consideration not just the existing customer base and operations of the target company, but more importantly, how they would fit with the acquiring company’s business model and customer base.  For more information, see Marc Andreessen’s set of tweets on the topic.  This is similar to how a player with dual eligibility for two countries (re: John Brooks, Julian Green, etc.) can be seen in a different light by each country’s coach.  In the case of the German-American’s, they felt (and Jurgen helped persuade them) their value would be best realized on the USA squad rather than the German one and chose accordingly.

Pros and Cons
The attach rate method is a strong contender in this year’s pool because of its ability to take a holistic approach to valuing the company as an integrated piece of the existing company with synergies and economies of scale realized.  This can also be risky because if a company misjudges their attach rate or has issues integrating the acquired company into their processes and systems, the synergies expected may take longer to realize or even worse not materialize at all.

Example
CyberStop, an enterprise security software firm has a solid business of $100M in revenues and growing at 10% annually.  IT powerhouse F-P is looking to gain a foothold in the security space and feels it can bundle CyberStop’s product into 15% of its $50B in hardware sales a year.  Total Value: $7.5B

Explanation and Use Case
The EV/Patent multiple is a great way for companies with lots of IP or R&D and little to no revenue to find a rational way to determine their value.  In select industries, IP, Patents, and FDA approvals can be extremely valuable assets from their outset even if they do not generate revenue immediately.  These can be leading indicators of future revenue streams and as a result, early stage companies can use them as a proxy for value in the interim.

Pros and Cons
Patent approval can be a great thing; it can allow you to have full utility and control over the selected process or technology that you are developing allowing you to capitalize on the revenue opportunity when the product is fully developed.  The downfall of this is that just because you own the patent, you have no guarantee that the technology can be turned into a successful business.  Similar to how some countries fill their World Cup roster with young, unproven players in the hopes they can grow to become superstars, the patent to revenue life-cycle is not without its uncertainty.

Example
HealthKare Co has just patented a new method for a non-invasive flu remedy that has been valued at $2M.  It does not have any revenue yet but in comparing its offering to the space of similar company values, it determines that health care patents are valued at 10x.  Total Value: $20M

Explanation and Use Case
The exit multiple method is purely an investor based metric where investors require a certain return on investment and determine value based on money invested and the multiple expected.  Countries in the World Cup do the same thing with their coaches.  Coaches are hired (invested in) and have set expectations of what the goals are (milestones) and depending on how they perform will determine if the investment is successful.  If they win the World Cup when the goal was to simply put on a good performance it would be considered a fantastic investment, yet the opposite would be a disaster.

Pros and Cons
This is another method that relies on simplicity and subjectivity.  It can be a great gauge to help rationalize an investment opportunity similar to the market share/market size metric but the main downfall is that it is also not based on the business at hand, simply the investor’s required return.

Example
Refinery Group, a technology focused VC firm, would like to achieve 10x on their early stage investments.  They are considering investing in a SaaS HR solutions provider’s Series A with an expected exit value of $140M.  The company is looking to raise $4M.  Total Value: $10M

Matchup to Watch
Not so much a single match, but more a question if anyone can upset group favorite Acquisition Value (Attach Rate)?  They seem to have peaked at the right time with the perfect blend of leadership and disruptive product family in a space where many of the larger companies are looking to grow inorganically.